This article in stuff.co.nz on 5th December 2018 tells you a little more about how StockTrim came about...

A computer programmer is grinding his way to fortune with a little inspiration and a lot of hard work, as his artificial intelligence software spreads across the world.

Massey and Stanford University-educated coder Paul Simpson spent four years perfecting his "machine-learning algorithm" that learns to predict and plan for everything that affects a firm's stock levels so it won't get caught short, or accidentally buy too much product.

The software was more advanced than anything available in New Zealand, and had only a couple of rivals overseas, he said.

Simpson's startup company, StockTrim, and his software's potential dazzled the judges at Innovate 2017, a Manawatū entrepreneurs' contest, taking out the $5000 top prize.

Simpson, from Feilding, New Zealand put the prize money into advertising, and a year later he has taken his business from a handful of trial customers to having hundreds of companies around the world running their stockrooms with his software.

Simpson quit a six-figure programming job to start StockTrim, and said he hadn't regretted it for a second.

Innovate's business experts estimated StockTrim could reach $18 million in annual revenue by 2019. Simpson said it proved too ambitious a goal, and it was more likely to happen by 2022.

"It's a reality of the daily grind, things almost always take longer than first expected.

"But we're still on track to take over the world, one stockroom at a time ... I've made great progress over the past 12 months. I've got hundreds of users now, and managed to increase revenue tenfold."

StockTrim has gone global, with clients all over the English-speaking world, as well as a couple of Swedish companies – and in October Simpson took on a partner, Dominic Sutton, who handles the marketing and business side.

The Auckland-based Sutton's background is advertising, but he's no stranger to startups. He's invested in several and started a successful company himself, Pumpt Advertising.

Sutton said he was looking for a new challenge when Simpson invited him to join StockTrim.

"Paul's a genius with a great idea. He just needs someone to help get it out there, which is a fairly common problem for tech founders."

Simpson realised that, which was why he went looking for someone like Sutton.

Sutton said the partners were working to improve branding and build a strong track record over the next year, before hunting for new investors to fuel further expansion. 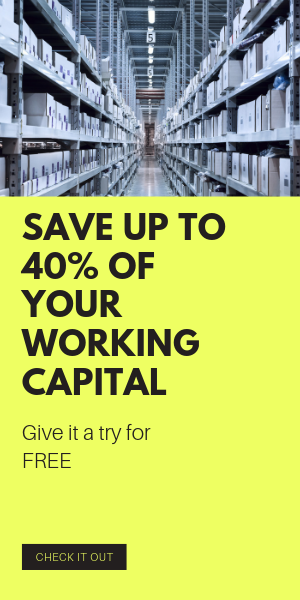